There are no chance of me to write Anagram check in C#.

It says he met anagram question with code interview and answer was as follows.

First, I thought it's not good to use Sort for performance issue, and imagine to use Enumerable.Except.

But soon I forgive it. Except will be worth when duplicate character is accepted but may take too much check if no allowed. You can see #7 failed with "aba == bab" was true!

Same issue will happen with Enumerable.All. 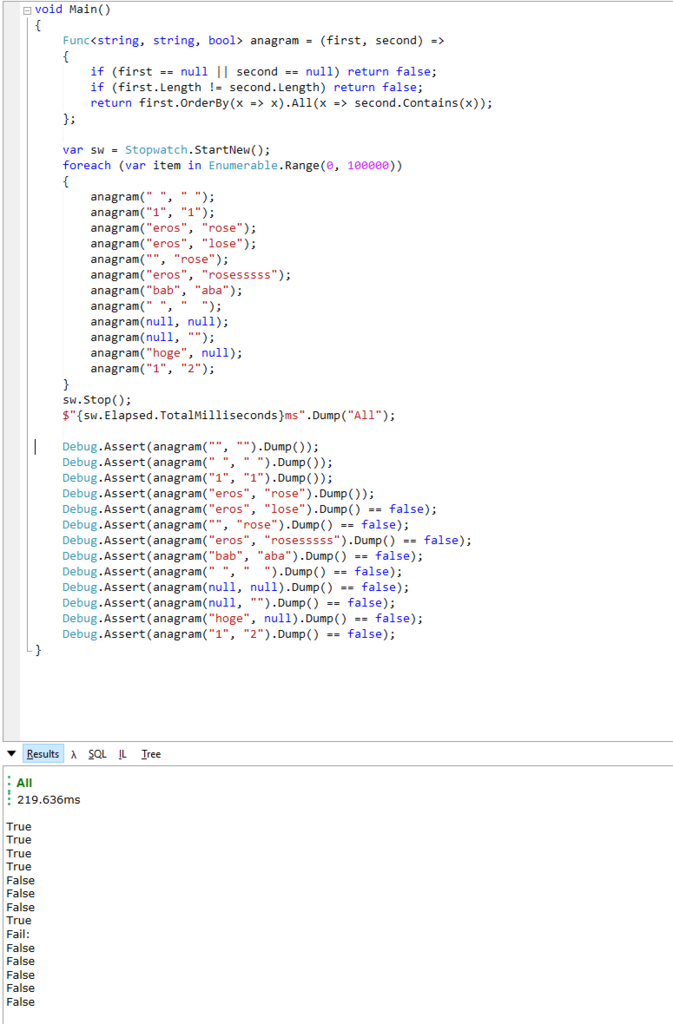 May be one of the easiest way is sort array then check. Let's use Enumerable.SequenceEqual() to sorted array.

string null conditional check ?. will cause duplicate null check, so it may take bit more time. 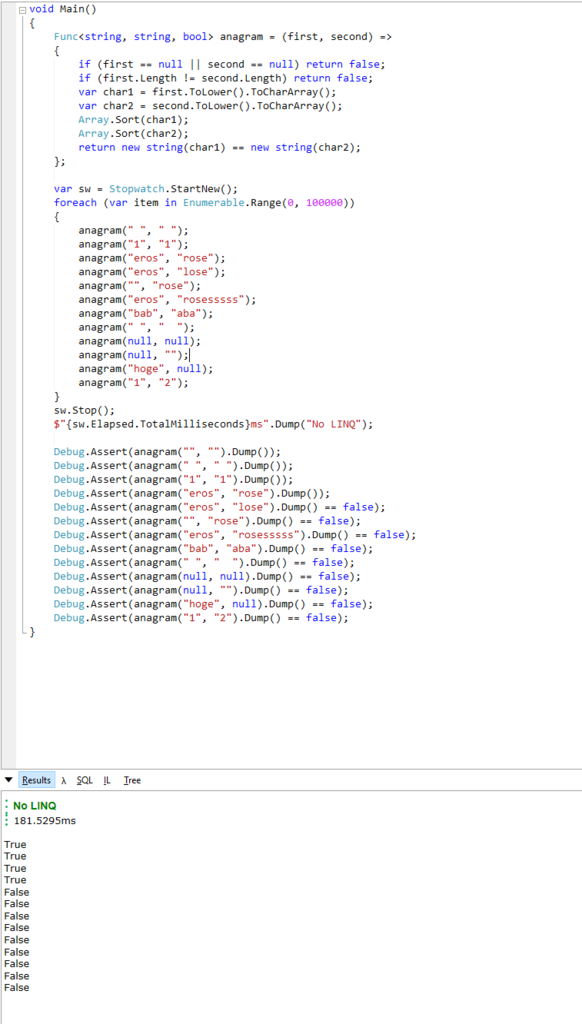 Let's remove sort and just count with Dictionary. This bring much better performance, only 124ms. 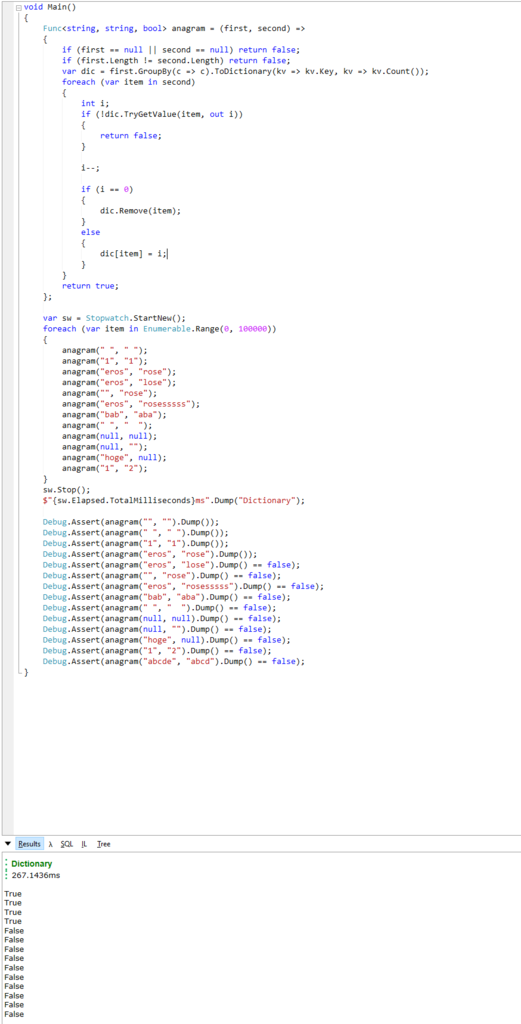 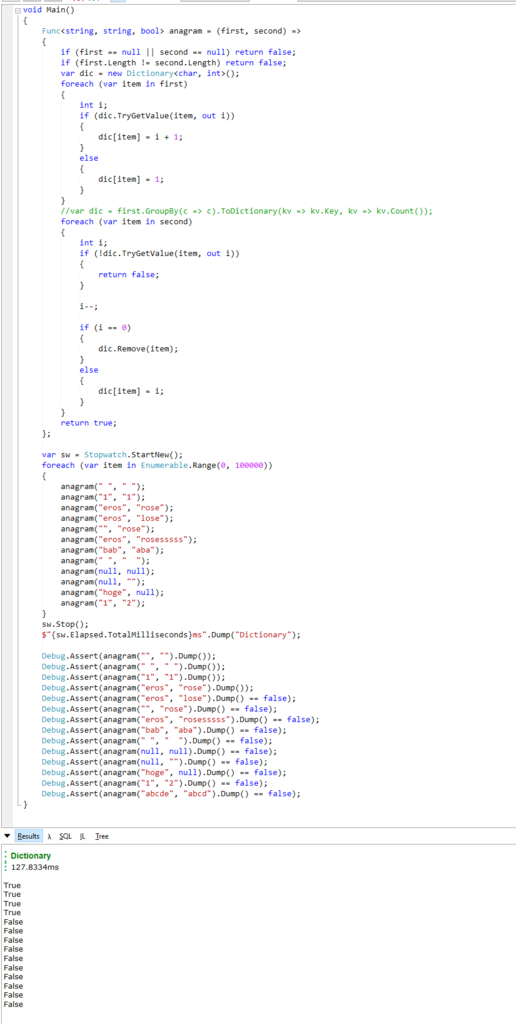 Dictionary is much better performance than Sort algorithm.

What's the most readable and fast enough code for you? More idea is much appreciated.